Overall 63 nominations, an all-time highest number, were received from across Latvia. The following finalists in four categories were selected. Find out more about all finalists here: 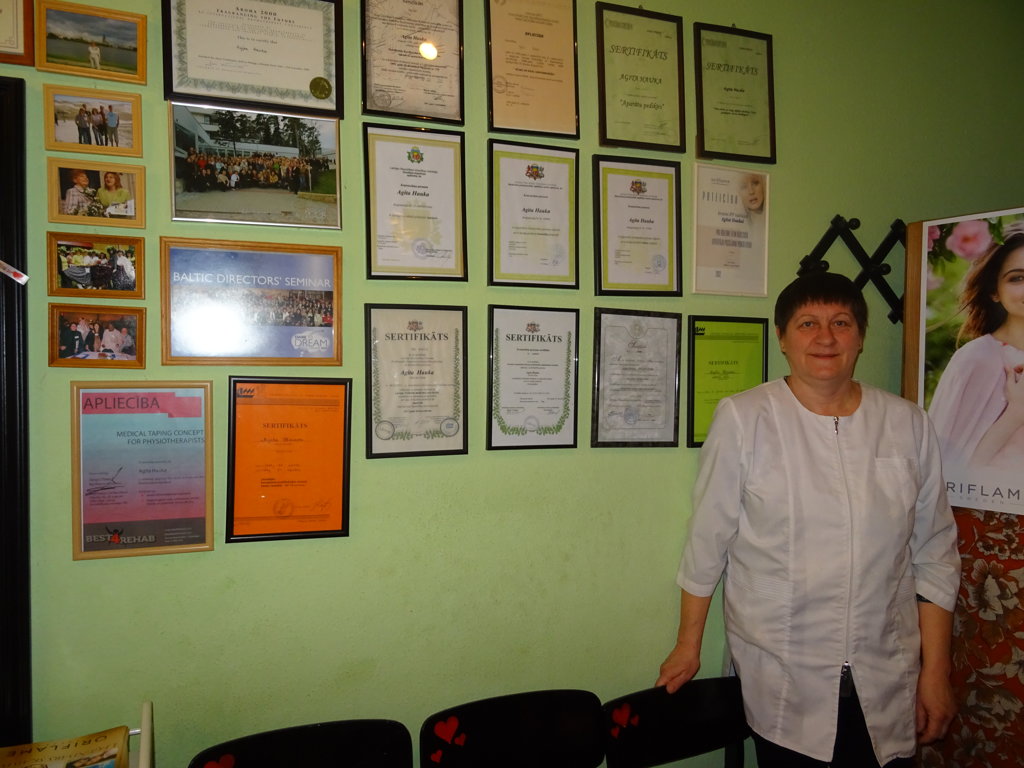 Agita Hauka, Chairperson of the Board of the Latvian Farmers Federation
Agita is Chairperson of the Board of both the Latvian Farmers Federation and the Association or women's club „Liepas” (2001) as well as its founder and inspirer. Agita is open, warm, kind and smart. She performs pro-active voluntary work in a number of organizations from the agricultural sector and employment to defense of women's rights and cooperation development. She is involved  in processes that contribute to population and economic growth of the rural areas. Agita safeguards interests of the small and medium-sized farmers, where each an every small family farm should be given an opportunity to efficiently work in rural areas. In 2015 Agita received the mandate of „Goodwill Ambassador” for performing duties “For the development of the European year 2015”. She took part in the Council of the Association „Latvian Platform for Development Cooperation” (FLYER).  She is actively involved in the campaign for responsible food consumption „Stop play food circus”. 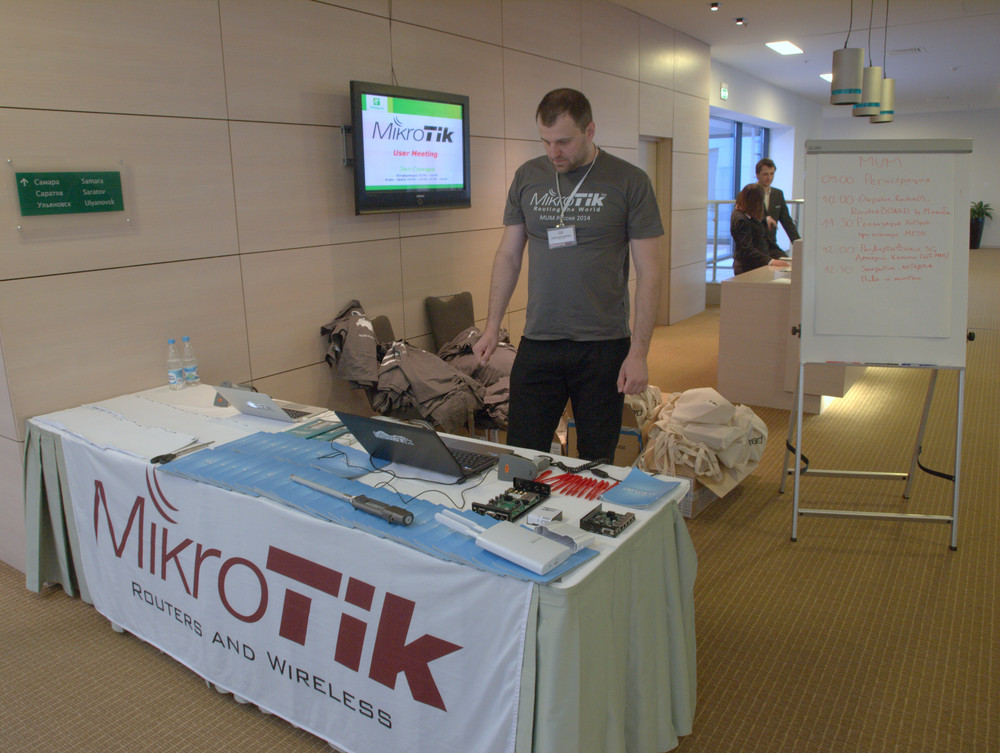 SIA Microtīkls
Mikrotīkls LTD. is a manufacturer of electronic communication systems that operates under the brand name MikroTik. At the end of 2015, Mikrotīkls transferred to the Children's Hospital Foundation € 1 million. Mikrotīkls has donated half a million euros to the University of Latvia to implement projects in the fields of natural sciences and medicine. The University students and academic staff were invited to apply for funding of projects in the areas listed above. Ltd. Mikrotīkls has previously provided support to the development of the Latvian University.  In 2011, two sets of MikroTik routers with a wide range of functionality were provided to the University of Latvia. At the end of 2015, Ropazi Secondary School received a wireless network equipment kit worth €867. The donated equipment will provide a wider wireless network coverage inside the school, providing students, visitors and staff with separate virtual wireless networks. 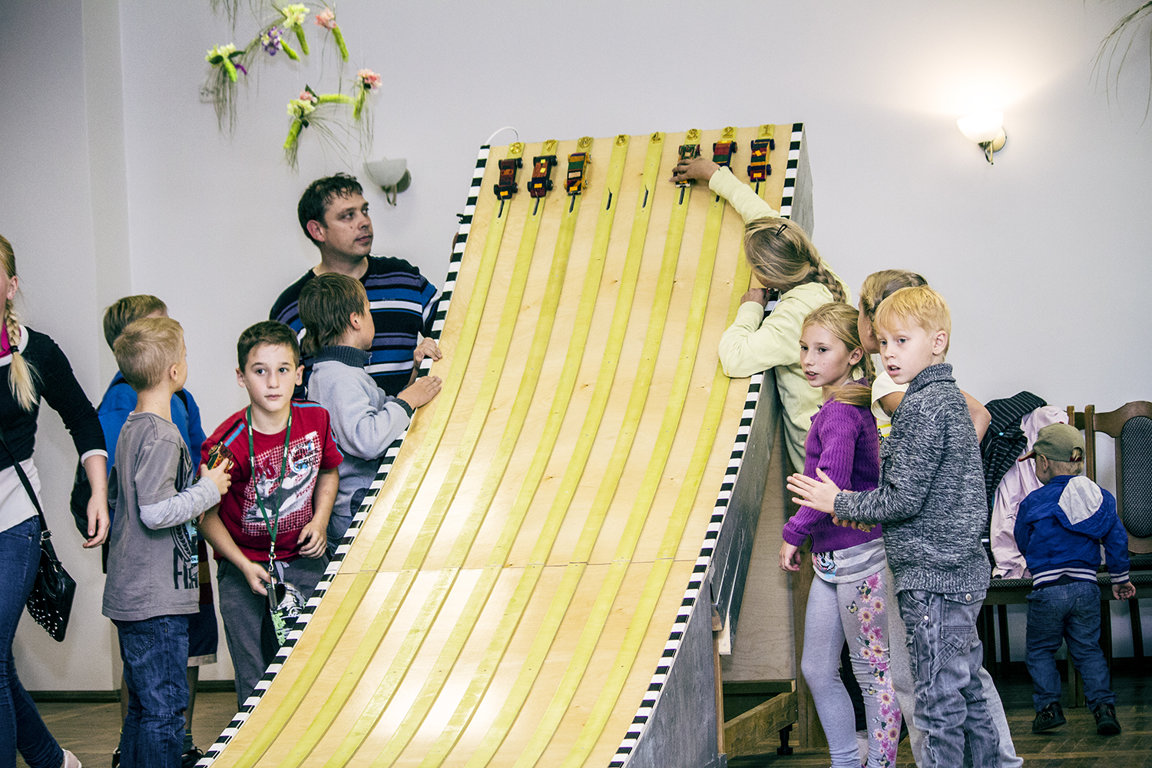 
Zigmunds Zaļenko works as a handyman in two municipal institutions „Mūsmājas” and Youth Center „Kopā”, however, he does much more than his job requires. He has made kitchen appliances in bright colors – stove, washing machine, shelves and other wooden toys for each kindergarten group. In addition, he has created a floor from newspapers for the youth center, which immediately attracts attention. Zigmunds is a true master of his trade and he generates a lot of ideas in order to contribute to the society. Last year, he implemented the environmental project “Bird hotel” together with children and young people making 80 bird cages under his leadership. The most important activity where Zigmunds involves more and more children is so called “Rolling car” classes or preparation of wooden car models and races. People have started to appreciate his work and he has received the award “Volunteer of 2015”. His main activity where he is currently involved is the production of wooden car models in Brocēni. 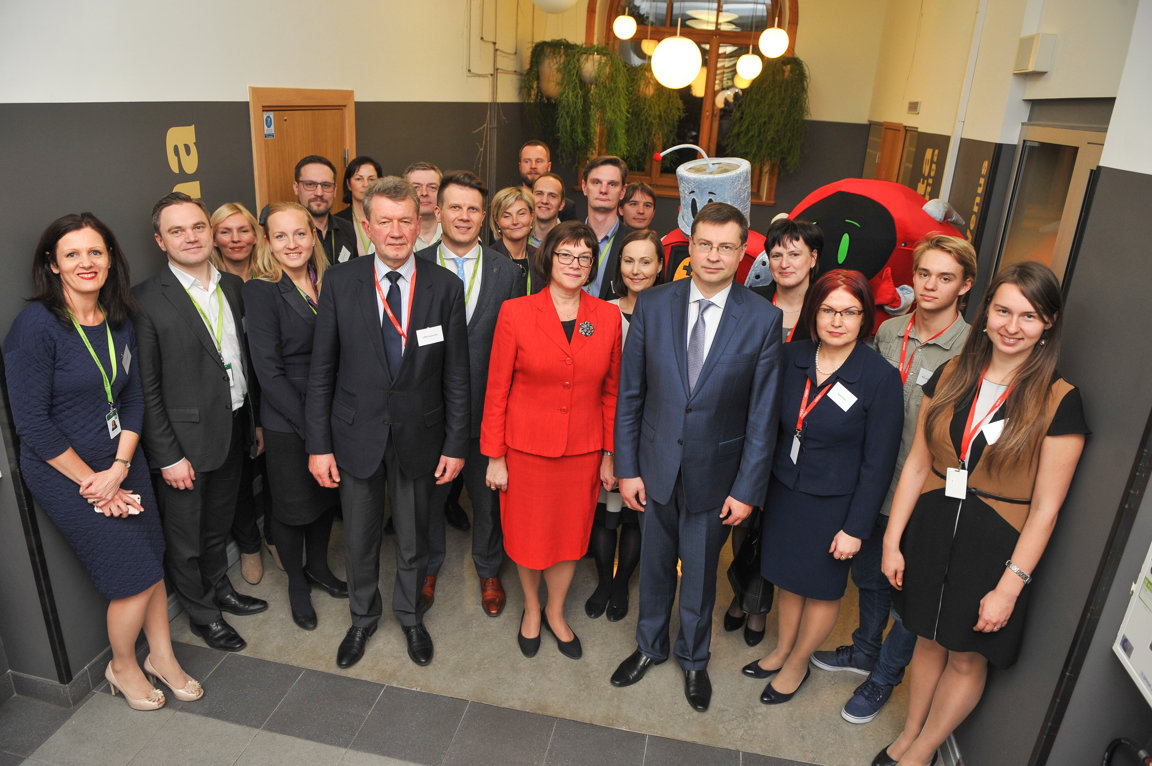 Accenture Latvia
Accenture Latvia educational project Start(IT) offers free education in the basics of programming and computer science for primary and secondary school pupils. Project provides an open source platform with materials in local language for teachers to use in classrooms. That is the first such educational platform in Latvia with goal to increase number of schools, that learn basics of programming, increase future IT field student number and form Latvia population understanding about IT field in general. Start(IT) project materials are used in more than 300 schools, and it contains 50 programming lectures and 140 computer science lectures.

Egils Blūms, Founder and Director of the Alternative School of Jurmala. 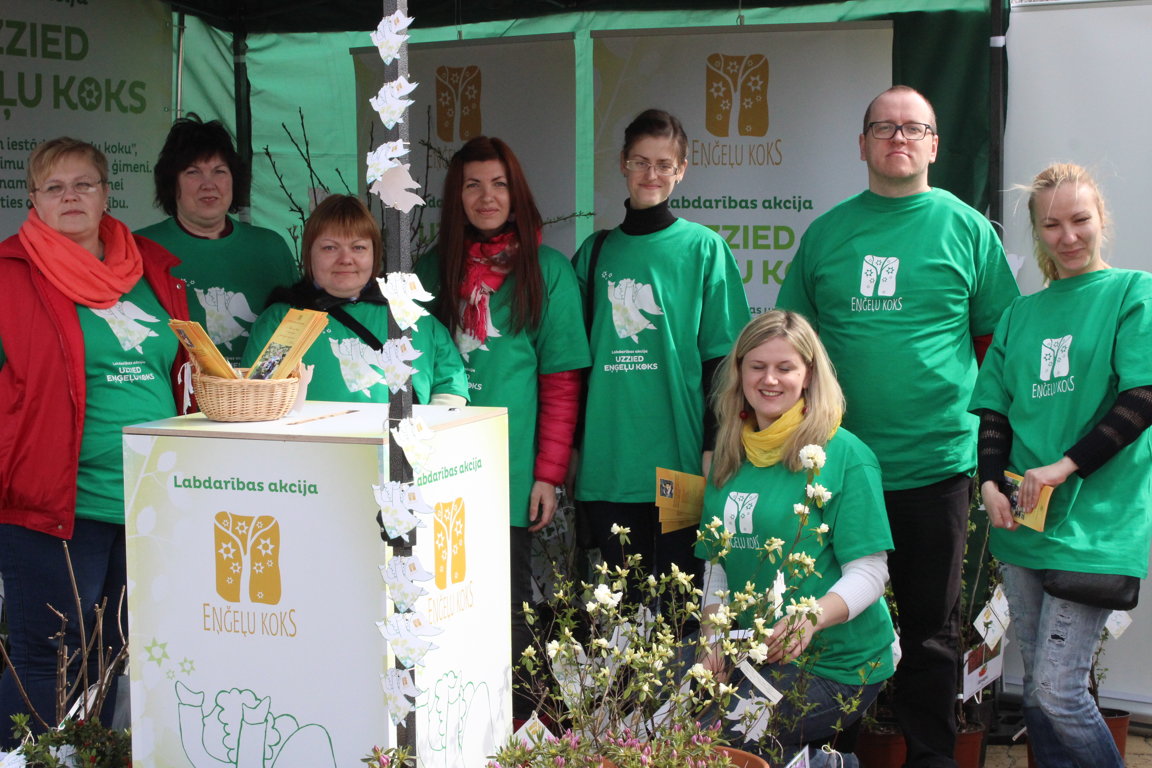 Children's Palliative Care Society
Children’s Palliative Care Society (Society) was established in 1997 with a goal to develop  united approach towards providing services in  children’s palliative care (PC), to encourage services availability to all families that have children with life limited and life threatening illnesses as well as to develop volunteer movement and to inform society about children’s PC. The initiators of the society establishment were doctor – pediatrician Anda Jansone and social worker Rudite Burova. The Society has implemented 30 international and national projects and developed a teaching program “Children’s Palliative Care”. In 2005 the Society started to organize a charity campaign "Give a dream". From 2013 the Society runs another charity campaign called "Tree of Angels". 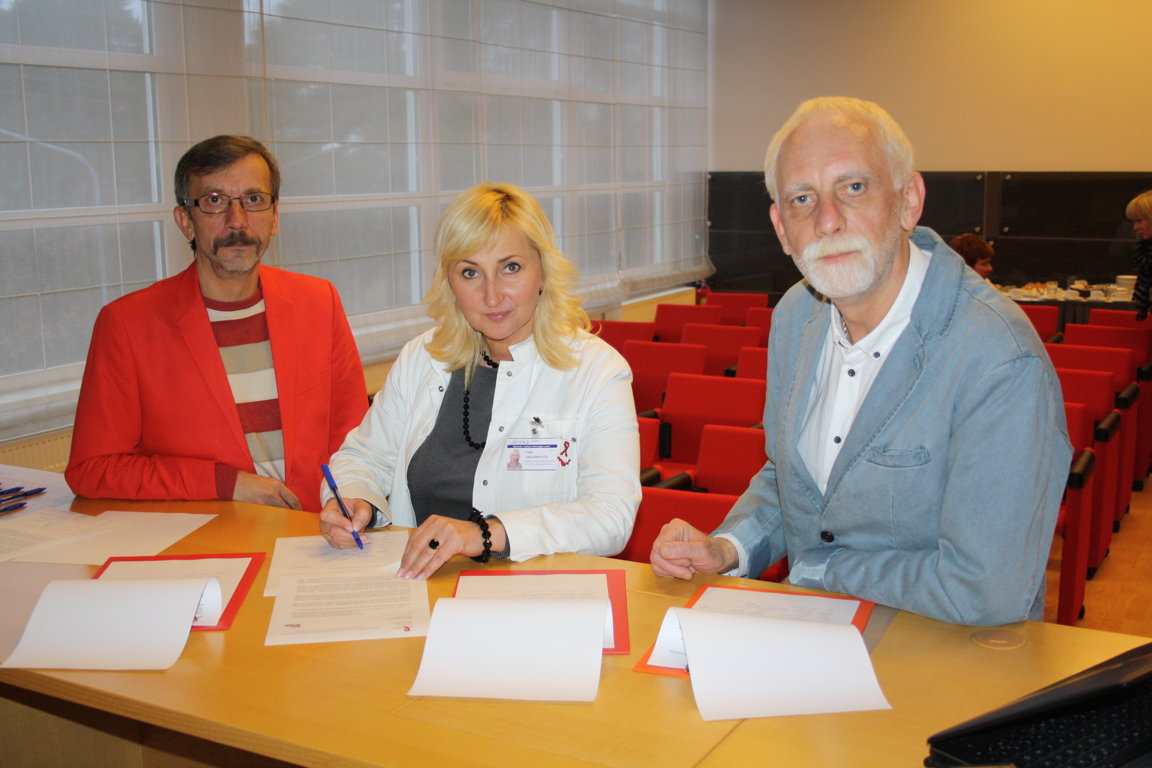 Society “AGIHAS”
AGIHAS is a support group for people living with HIV and AIDS, founded in 1993 when the first patients were diagnosed with HIV in Latvia. The society has been striving to ensure that HIV/AIDS patients receive specific help and assistance that they require at particular stages of their lives. Since 1996, AGIHAS has completed about 60 projects and gained invaluable experience in how to promote integration in society. In the past two years the most significant project has been “Child is not guilty”. In 2016 and the following two years, AGIHAS plans to complete two important projects with the support of ViiV Healthcare – ‘The Latvian Buddy Movement’ (in 2015/16) in collaboration with ‘DIA LOGS’ un ‘APVIENĪBA HIV.LV’) and ‘The Coalition for Change’ (in 2016/17), in collaboration with ‘Mozaika’ and the ‘Baltic HIV Association’). 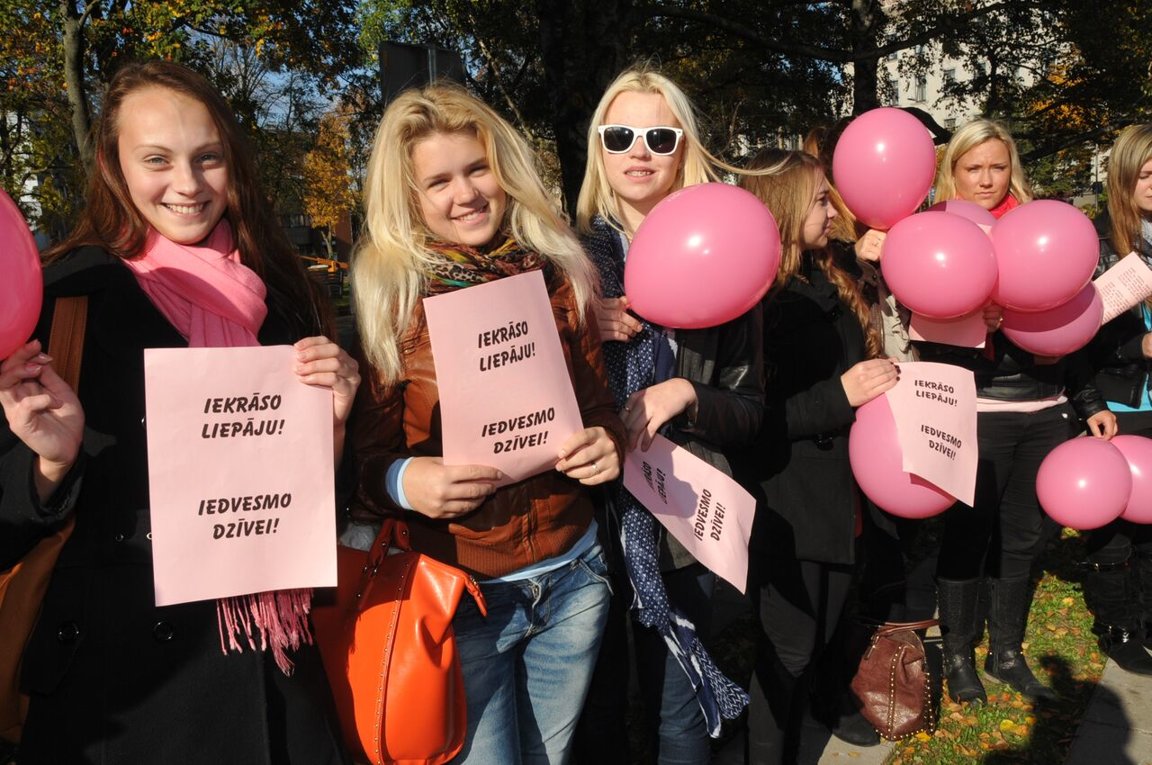 
The Latvian cancer society “Dzīvības koks” (Tree of Life) is the leading Latvian non-governmental organization that brings together patients suffering from cancer and their loved ones. The society actively defends the interests of patients, issues materials for cancer patients, organizing seminars and trainings for doctors about topical issues for patients. “Dzīvības koks” provides an important support for cancer patients and their loved ones and the development of psycho-social rehabilitation for cancer patients. The society creates and maintains sources of information about oncology, such as websites and brochures, which contain information for both patients and their relatives to be able to overcome the disease, to live with the diagnosis as well as to improve the quality of life in the future. 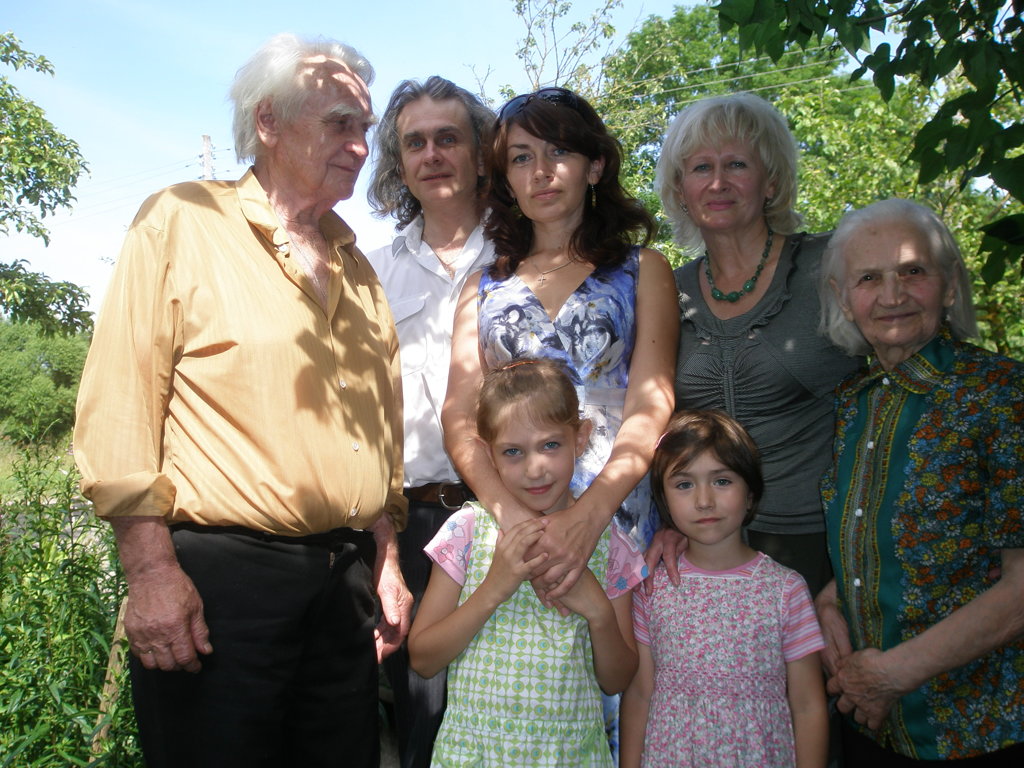 Dr. Jāzeps Pogumirskis
Dr. Jāzeps Pogumirskis has graduated from the Daugavpils University and later travelled to Poland to continue his studies in medical school where he received a PhD in neurology. In Poland, he met his wife Anna and now they both live in Indra, Kraslava region. Despite the long-standing practice and good employment prospects in Poland, he returned home to provide medical assistance to residents in Latgale. The first 4 years he worked in Daugavpils, now he lives with his family in Indra. He is a general practitioner and a neurologist in his practice in Indra, however, he also provides the assistance to people in the nearest counties. He has 1250 patients as a general practitioner. In addition, he has treated 600 patients with neurological diseases from all over Latvia for four years. 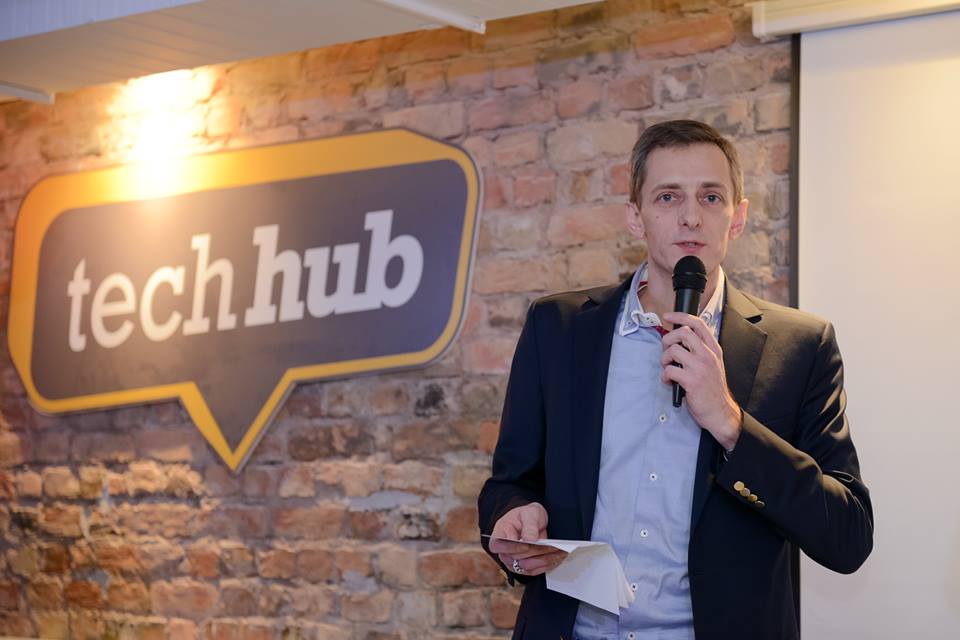 Andris Berzins, Co-founder of TechHub Riga
"TechHub Riga” Co-founder Andris Berzins has an extensive experience in the development of startups. Andris was born and raised in Australia and went to school in London. He has studied at Stanford Business School in California. Andris served as CMO of the restaurant online marketing and reservations service company Livebookings, co-founded the startup BuzzTale, as well as participated in the founding of Reach.ly. Andris is an angel investor (co-founder of the Latvian Business Angel Network) and startup mentor, actively supporting the growing Baltic startup community. In 2012, together with three other entrepreneurs, he created TechHub Riga, the first international branch of the London-based co-working operator TechHub. 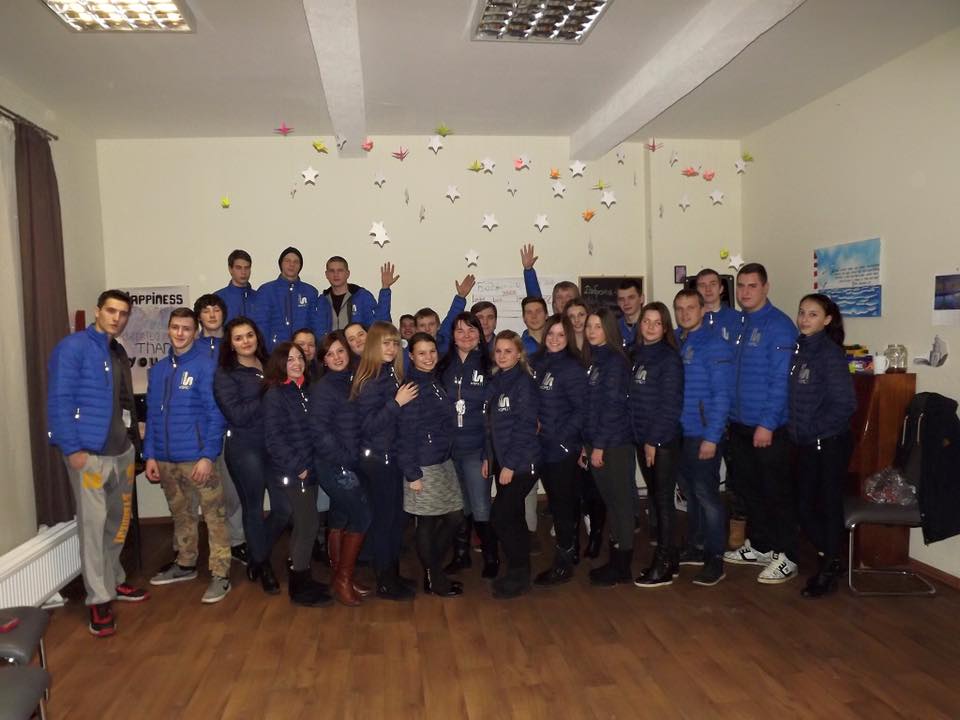 Association “Karosta Kids”
The association “Karosta Kids” is an organization for talented youth who come from disadvantaged families. Their mission is to provide educational, emotional, physical and spiritual support for young people’s needs in order to give them future opportunities, help break the cycle of poverty and decrease the criminal rate in Karosta. “Karosta Kids” work every day to renew hope and transform lives. The goal of “Karosta Kids” is to become a platform for families, kids and the youth at risk in Karosta. The organization supports five core values: intercultural connection, friendship, life skills, education and creativity instead of criminality. 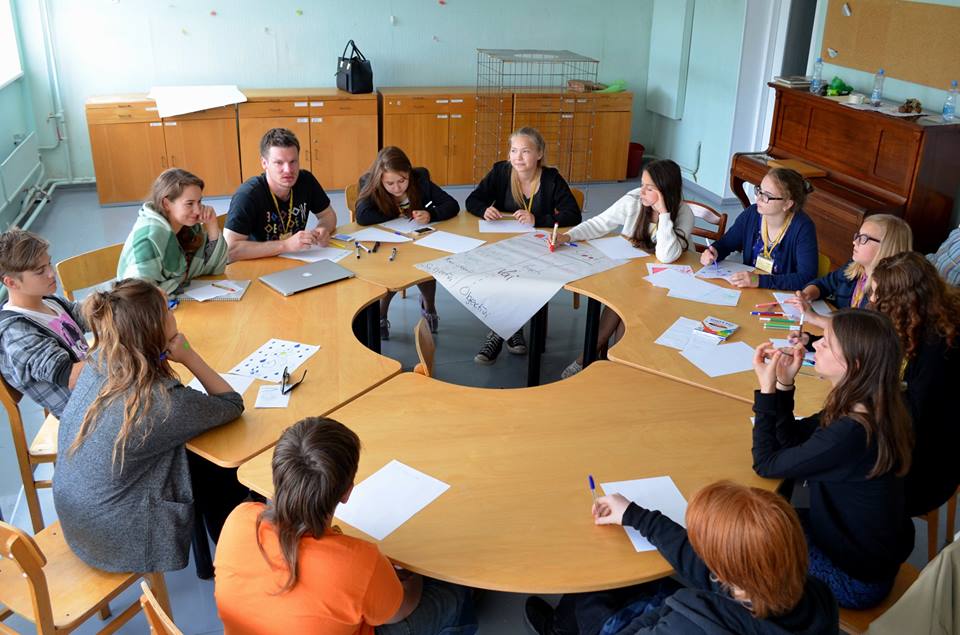 Association “Trīs reiz trīs”
The Association “Trīs reiz trīs” (3x3) is an event dedicated for maintaining the feeling of being truly Latvian that was started in the 1981 in the USA and came to Latvia in the 1990, where it is successfully continued and nurtured. An integral part of this event since 1990 is communication between Latvians and Latvians overseas, sharing of experiences, of common and uncommon values. This event unites Latvians who may have different life experiences, social background and financial situation, but the same mentality as well as understanding of the importance of the Latvian spirit – a value to be taken care of, cultivated, developed and passed on to the future generations. There are two “3x3” meetings in Latvia every year. “3x3” also takes place in the USA, Australia, Ireland and Great Britain.